It seems that updating my astronomy blog hasn’t been a top priority in the recent past. My reasons are many, one of which is now a toddler that makes me very proud when he points out the moon and tells me what it is. Naked Eye Astronomy before he’s even two and a half is pretty cool! Someday I’ll let him near a telescope, but first he needs to get past his urge to randomly go full-bore Godzilla on his surroundings with little or no warning. There’s also the way he can delight himself utterly when he grabs things while his hands are covered in juice or syrup, neither of which are recommended for use with optics. I’ll admit I’m absolutely dying to get to a point where I can share a view through the eyepiece with him, but like so many things, sometimes waiting is part of the journey. 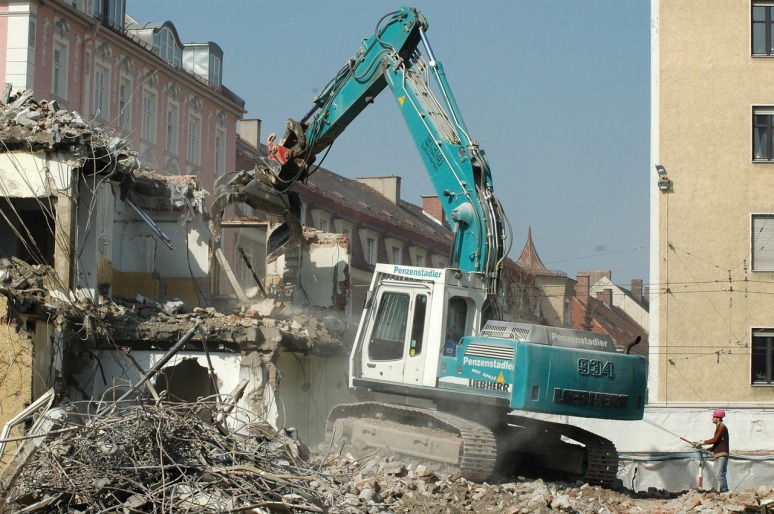 Here we see an average toddler at play

Speaking of waiting, I’m currently doing a lot of that with some newly acquired astronomy gear. Every year Celestron puts the Edge HD scopes (and mount combos) on sale, every year I look at the C1100HD and CGEM DX mount combo and ask myself why I’m not buying it. Usually I answer “because it’s still a lot of money , dude”. Well, NO MORE! I finally did it after a gentle push from my wife, to whom I’m forever grateful. One of my life goals is to become proficient in the art of astrophotography and this was my first big step.

I have now three other telescopes, my 80mm f/6 refractor, one of the very last 102mm f/11 refractors ever made/re-badged by Stellarvue and a C800HD, the last of which is my most used. Wanting to take the photographic plunge, I needed a new mount anyway and the sale price for the 11″ combo was crazy good. To make sure it works, since the concept “getting what you pay for” seems as amplified by telescopes as the light they collect, I decided to have the mount “hyper-tuned” and shipped it out the day it arrived. She’s a beast, and I’m dying to get out under the stars, but it’s best to get this out of the way now. It’s a big scope though, so a big mount is needed, the primary mirror is 11″, so that means the rest of it needs to be substantial enough to hold a pretty big slab of glass. 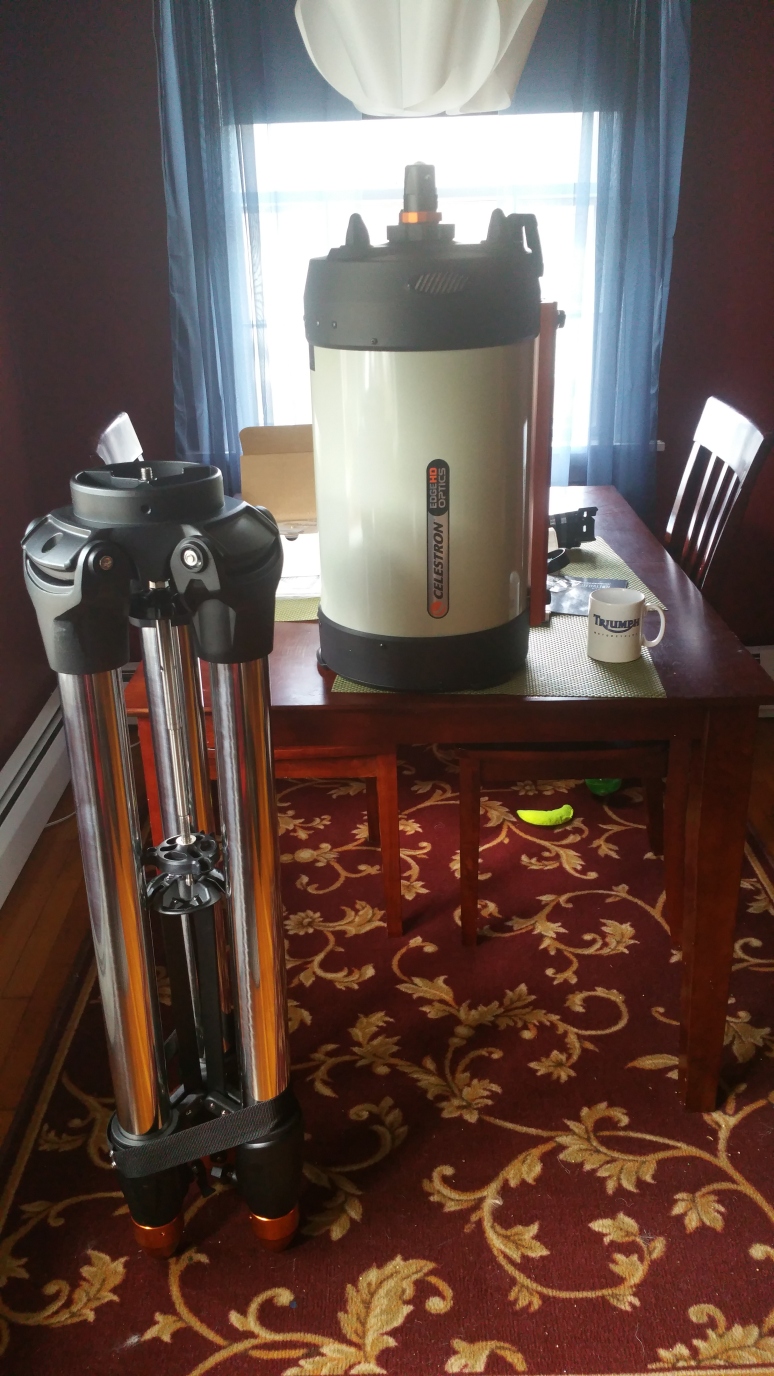 The mount is not pictured, it was already shipped out when I took this. Mug is for scale, not the neon green catnip banana.

Photography clearly requires a camera, but it may not be so clear to the uninitiated that long exposure astrophotography typically takes something specialized for the task. In some sense, almost anything will do, a smartphone can even work, sort of. But if you want a good result, you have to get something that will push the ability to capture faint light. As many recommend, I’m starting with a Canon DSLR. I bought a used T3i on ebay and I’ve sent it out to have it modified too, in this case to allow the transmission of certain wavelengths of light through to the sensor in greater amounts than would be otherwise allowed. Again, sent it out the day it arrived. Down the road I’ll probably get a specialized CCD camera that is only for astrophotography, but since they’re about 10x the price of the used Canon, I’m OK to work my way up.

In the mean time I’ve been trying to get every other little cable, connector and adapter I can think I’ll need. There’s a lot that require power, cables, even a teperature sensing dew control system. telescopes do not work when they are fogged up. I fully expect to get out there on the first night, set it all up and discover some painfully obvious, but critical, component is missing. That’s fine, I know this will take a while. I’ve also been reading up as there’s a daunting amount to learn about not just capturing the images, but processing them so they look like something it was worth being out all night to capture. It won’t hurt to have something to share with my family too. Really, experiencing something I love in a way my family can enjoy is the only motivation I need.

At the time of writing this many of these items I’ve sent out are just about to head back to me, so in two weeks I should have something I can really assemble. then I’m going on vacation and it will languish in