For today’s Unqualified Friday Opinion, I thought it would be fun to address my thoughts on Unidentified Flying Objects. Just to get the main points out of the way, I don’t think aliens have ever visited earth (with possible microbial exceptions, but that’s not what we’re talking about today). If you believe that they have, do and maybe helped build the pyramids or bread with neanderthals, then just do us both a favor and read no further. You’re not going to agree with me and I’m not going to change your mind about anything. Beliefs of this nature are not typically subject to reason. 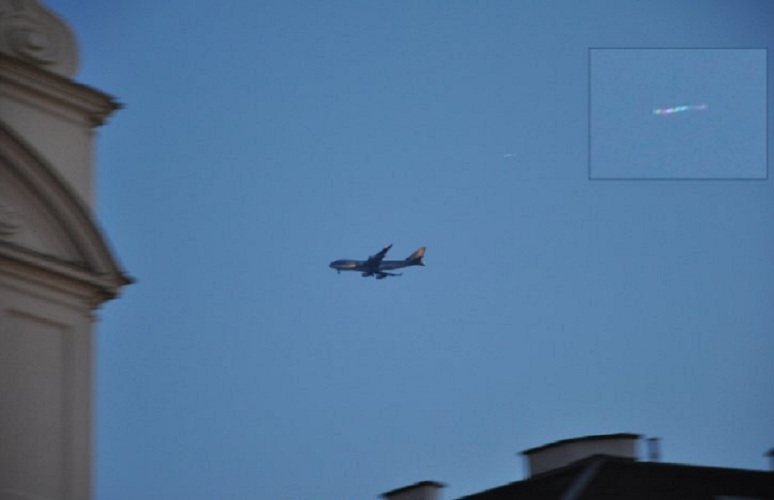 WHOA! Oh yeah, that's definitely an alien spacecraft. I mean, that's the most likely and only plausible explanation.

Don’t get me wrong, I would love nothing more than to know something about alien life and I do think it’s out there. The universe is too gargantuan and life sprung up too quickly and easily on earth for it to be an isolated event. I would guess that life is fairly common, but “intelligent” life is not, and possibly even isolated to earth. Look at it this way: our ability to reason came from millions of years of gradual adaptation and had the conditions been different, might not have happened at all. Of all the things that live (and have ever lived) on this planet, exactly one species can enjoy written language, make plastics and be excited about the new season of The Walking Dead. Dolphins are smart, but it’s a different kind of smart and they’ll probably never have a space program or be worried about whether Kim Kardashian’s wedding was a hoax. You don’t need to be the kind of smart we are to survive, but holy Toledo, does it ever give you an advantage. We’ve enjoyed it, thoroughly, but it’s still a relatively recent development. Our planet had been cranking out life, letting it die off and come back for billions of years before we developed the ability to do this one thing better than anything else. I’d call that quite an exception to the rule. On this point, I truly hope that I’m mistaken and I’m comforted by the fact that the only example we have is our one home planet, so maybe things are different elsewhere.

Maybe you attribute this to something other than a natural process, if so, let’s leave any debate on that topic for another day and get back to the aliens.

So, if my logic is sound, smarty-pants life that can build space ships is super rare. The likelihood of it happening on a planet near enough to us that it’s possible to swing by and do some weekend probing is inconceivably small. There’s another catch too, nothing is really all that close. Within 10 light years of us, there are only 10 stars and half of those are part of multi-star systems. There is nothing to suggest that any planet within this distance has any chance of supporting life, aside from a few possible spots within our own solar system. Maybe with future detection tools we can find some, but if there are any civilizations on them, they haven’t been using their radios.

This means that for aliens to visit us, let’s just say they’re 20 light years away, which is still very local by galactic standards, they would have to travel at the speed of light for 20 years to reach us. For this to work, they will have to have mastered the manipulation of space, time and energy. Even then, it’s still a terribly impractical journey if all you’re going to do is mutilate cattle and artificially inseminate some lady in a trailer park. Don’t even get me started on the crop circles.

This is Alien for "We have come in peace, but thanks in advance for the wheat".

One point many people have made about the sightings of UFOs, that should make any “believer” stop and think, is that there is one kind of person that is almost always looking at the night sky and never claims to see aliens: astronomers. The primary explanation for this is astronomers usually know what they’re looking at and aren’t going to mistake Venus, Jupiter or the moon for a space ship. Even birds are mistaken for UFOs, often. The other reason is that astronomers have a better sense of things interstellar and don’t jump to conclusions, where as many people are happy to see something that isn’t immediately familiar and instantly conclude “ALIENS!”.

Of course, if you think this happens (and many do), there any number of ways to explain all these issues away. I’ve been to the UFO museum in Roswell, NM and have seen what is supposedly very compelling “evidence” of alien encounters, but every single piece of of it is provably non-extraterrestrial, with the exception of personal testimony. When I was young, I read Communion and was totally freaked out that I had been abducted and didn’t even know it. I wanted more than anything to be like Fox Mulder and see through all the lies and conspiracies find the “truth”, but the more closely I looked, all I found was unsympathetic science politely showing me I was barking up the wrong tree.

The human mind is a powerful tool that excels in making any situation, in any context, make sense, somehow. In essence, the world we experience is nothing but our brain organizing and contextualizing sensory input. Everything we see is generated internally, so it’s no wonder we don’t all see the same things. Objectively considering facts and thinking critically is like #57 on the list of things the human mind does well, measuring probability well might not even be on the list at all.

In the end, the truth IS out there, but what you find has a lot to do with what you expect to be there.